The Most Inspiring Muay Thai Photographers

The Most Inspiring Muay Thai Photographers

Why Photographers Are Important

The world of Muay Thai would not be visible without photographers. They act as journalists, promoters, and storytellers.

Through film, they depict Muay Thai in all its facets. The moments of victory, of defeat, the quiet moments in the background, and the hours upon hours spent in the gym.

What They Do For The Sport

As experts in the sport, photographers freeze a moment in the fight and share it. And it is difficult work. It takes time, practice, and most of all patience.

They must know exactly where and when to be. The venue. The promotion. The ring. The angle. The moment.

By understanding the timing of the sport they act as historians with a knowledge of the pivotal present.

This is a celebration of the important photographers that have inspired the world of Muay Thai and grown the science of eight limbs.

The first westerner to document the sport is England’s Rob Cox. Standing behind the lens came naturally to the Englishman. Since taking to ringside he’s shot thousands of bouts. He’s captured moments at the most famous stadiums and venues including Lumpinee and Rajadamanern. Because of his outstanding credentials, Cox has worked in other areas of the sport. He has commentated, judged, managed, and owns Kiatphonthip in Bangkok.

“The atmosphere needs to be interesting. If you can catch the emotion on the face of the Nak Muay that is always good. The lighting can play a big part of it too. Good Muay Thai photos are not about action shots though. It needs everything. It needs to be able to tell a story.” 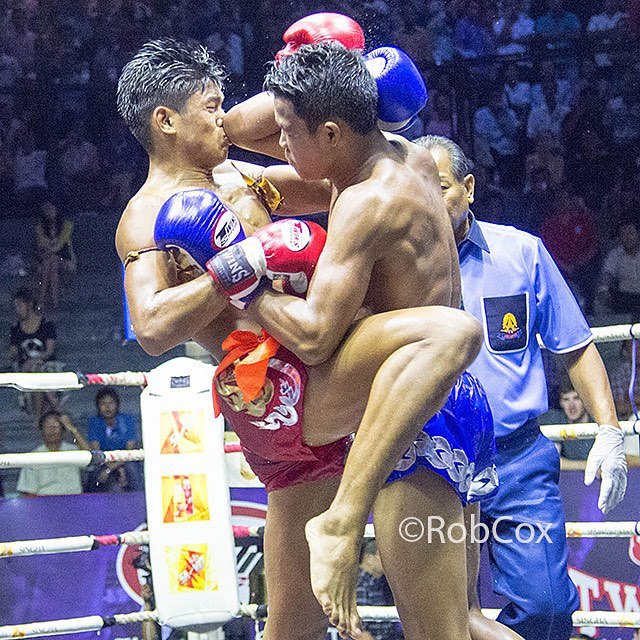 Best known for his work with Max Muay Thai, Tar or Tarimpress, defined the work and style of entertainment Muay Thai. Coming to Max from Thai Fight, Tar creates iconic high contrast images. The Bangkok native has a wide array of photography talents. He has also worked in fashion. His skills have made him Muay Thai brand Infightstyle’s official photographer.

“If you want to take good Muay Thai photos you must know the weapons. The steps of the punch, kick, elbow, and knee.” 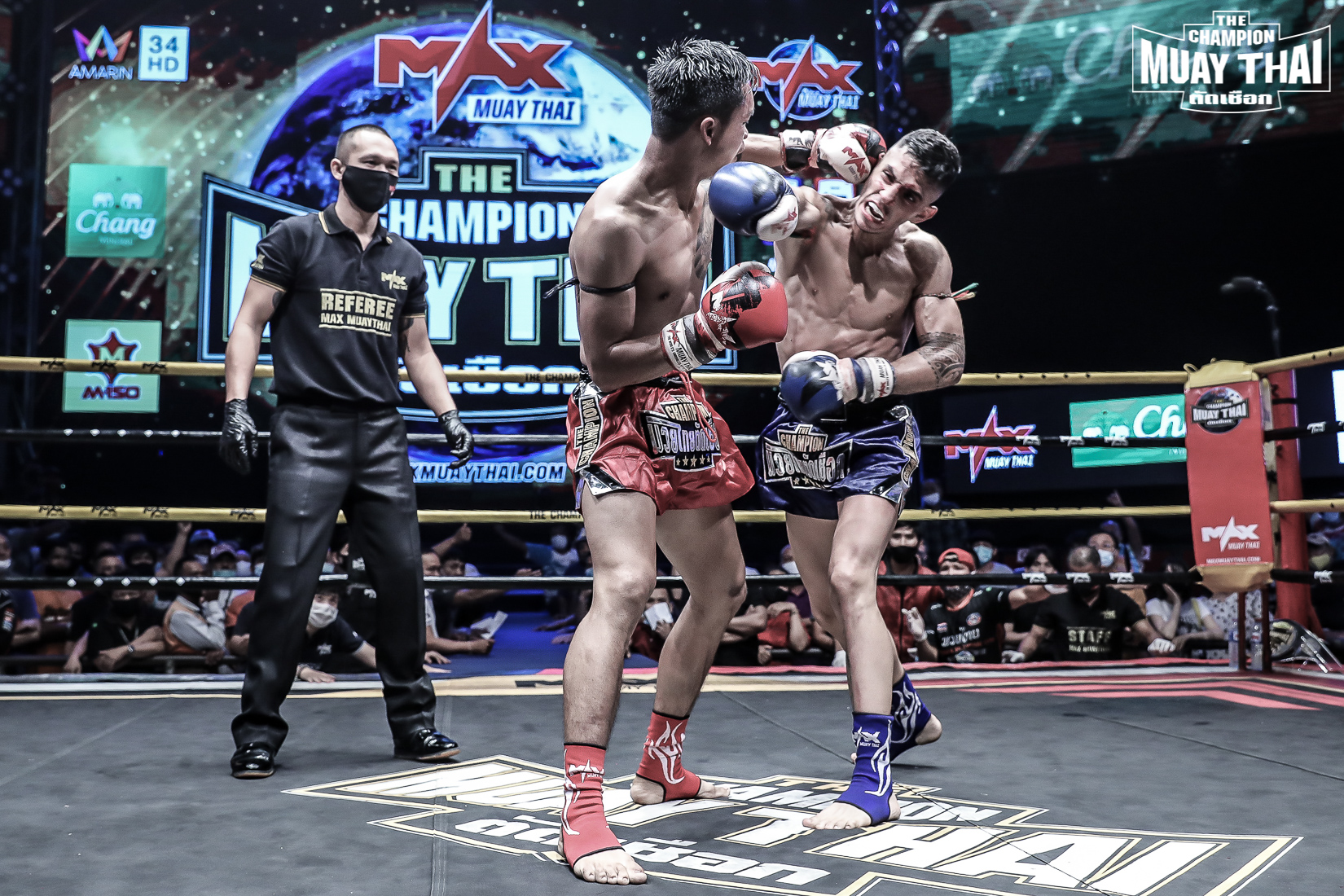 Omar Halaby throws a cross and takes a hook

Coming out of the USA, Aryafar is the hardest working female Muay Thai photographer in the west. She began shooting in New York City with the Renzo Gracie Muay Thai program. She quickly expanded her portfolio. She has shot at all the major events in the states including Lion Fight and Glory. She has worked on several USMF trips and is working with the USA Muay Thai Gender Equality Commission. The Southern Californian native is best known for her portraiture work.

“I try to build a relationship with the person before taking their picture, I never want people to feel forced or fake with me. I want them to feel comfortable and like they can trust me..” 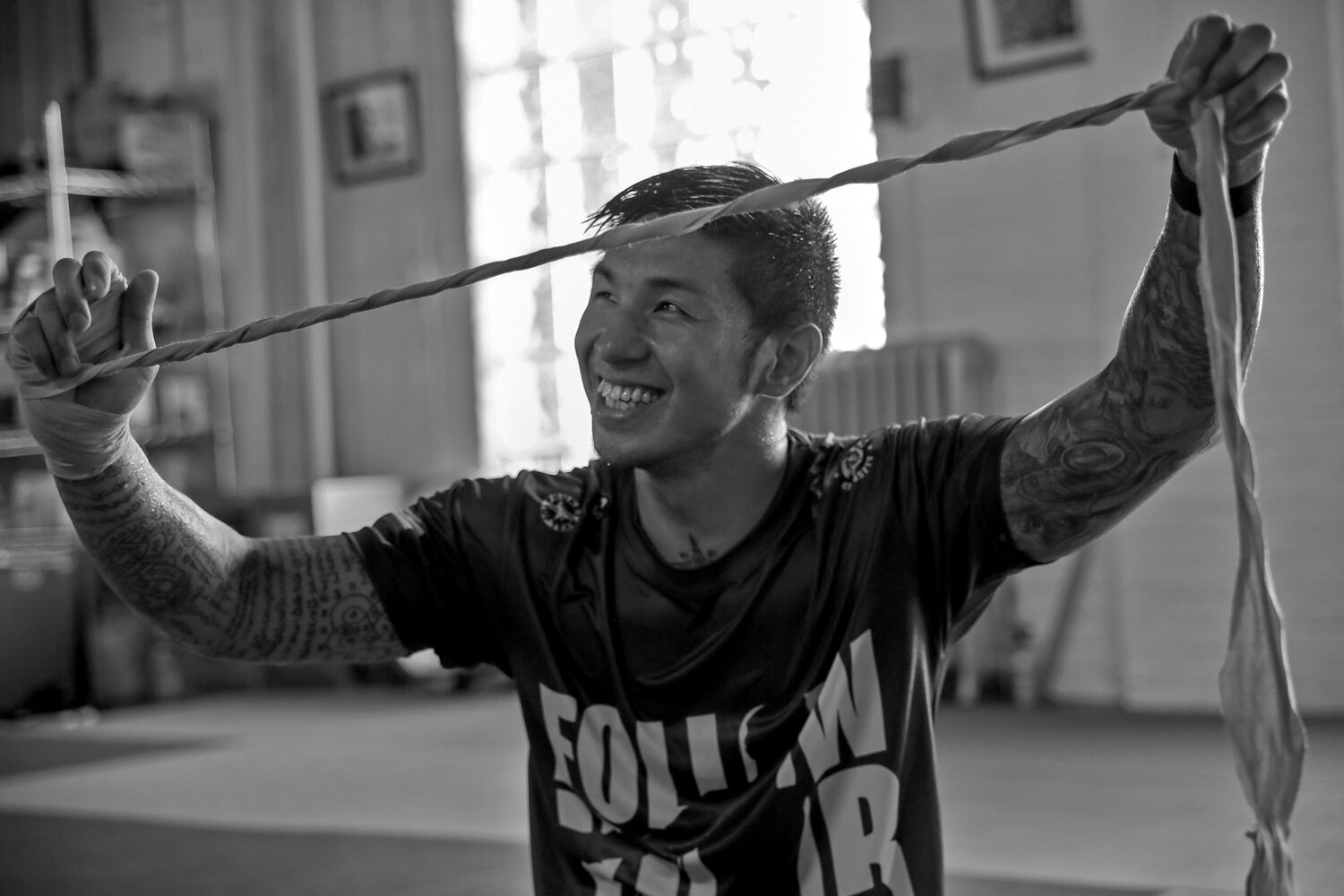 Latino Japanese photographer, Scott Hirano, fell into the world of fighting. Starting with soccer, he  moved on to shooting some of the biggest events in the world. He has shot the McGregor/Mayweather fight amongst others. Hirano’s heart is in Muay Thai, particularly in Isaan. The LA based photographer has taken historic shots of Wor Watthana gym in Phutthaisong, Buri Ram.

“You have to be familiar with the subject matter, with fighting. I’ve seen people who take photos that people aren’t familiar with it. They take a cool shot of a punch that hasn’t landed. They get the in-between shots. Fight photographers can get that exact moment when the punch or teep lands, the moment that matters.” 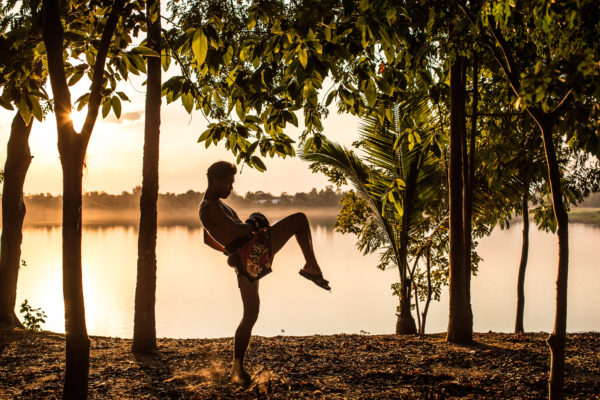 An Isaan fighter shadow boxes to the setting sun

Professional photographer, Helen Tran has been snapping photos for more than 20 years. The Aussie legend has shot a variety of sports including Parkour. She began capturing moments of perfection at Phuket’s Revolution Gym. Working out of the Southern Thailand hotspot allowed her to begin She Fights. The projects portrays the experience of female fighters in Thailand.

“Get to know your subjects to build rapport with them so they are comfortable with you. From there it’s easier to take intimate portraits. Usually, I take the training photos and the portraits which are more intimate after.” 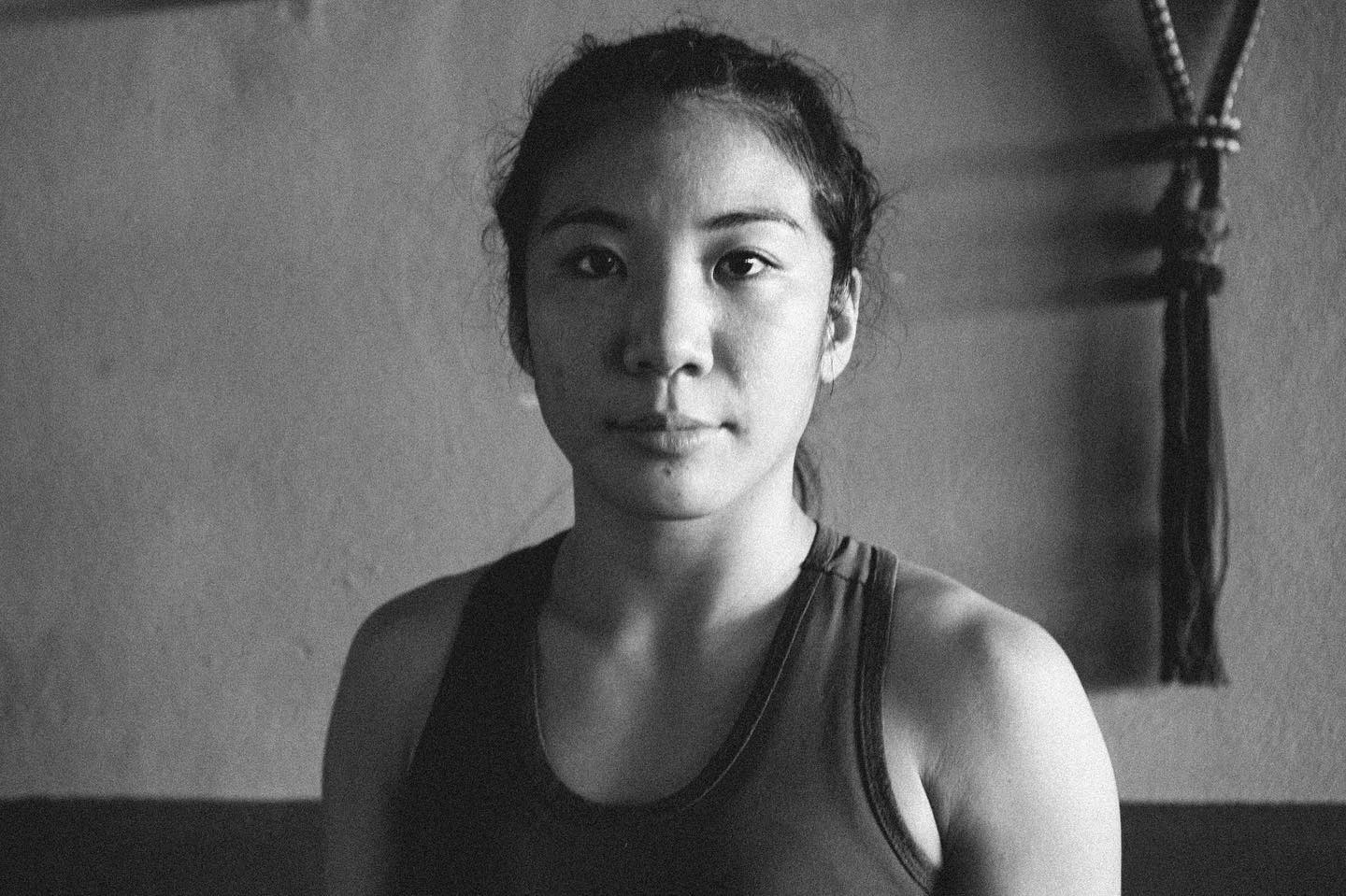 Famed Nak Muay Ying Angela Chang before one of her bouts

Working out of Max Muay Thai and Fairtex Training Center, Lucas is a long time journalist. He formerly wrote for the now defunct My Muay Thai and worked photo series with West Coast Muay Thai. He began a documentary project detailing different boxers, trainers, and people involved in the sport.

“It’s important to remember the moments and most of all the people involved in the sport. Everyone wants their story told. If we’re going to grow we must provide platforms for new narratives and remember people’s legacies.”