Muay Thai Gram is proud to announce a partnership with Warriors Cup. Muay Thai Gram will assist with media, marketing, and promotion for the upcoming July 29th show at Melrose Ballroom.

Promoting Muay Thai In The USA

“Muay Thai Gram is a huge voice for the community. It covers the sport internationally and includes the United State,” founder of Warriors Cup Chris Tran said.

The goal of the promotion aligns with Muay Thai Gram, to build the sport.

“We want to showcase US talent. We want to bring more international talent in so our fighters can rise up and compete at the world level,” Tran said. 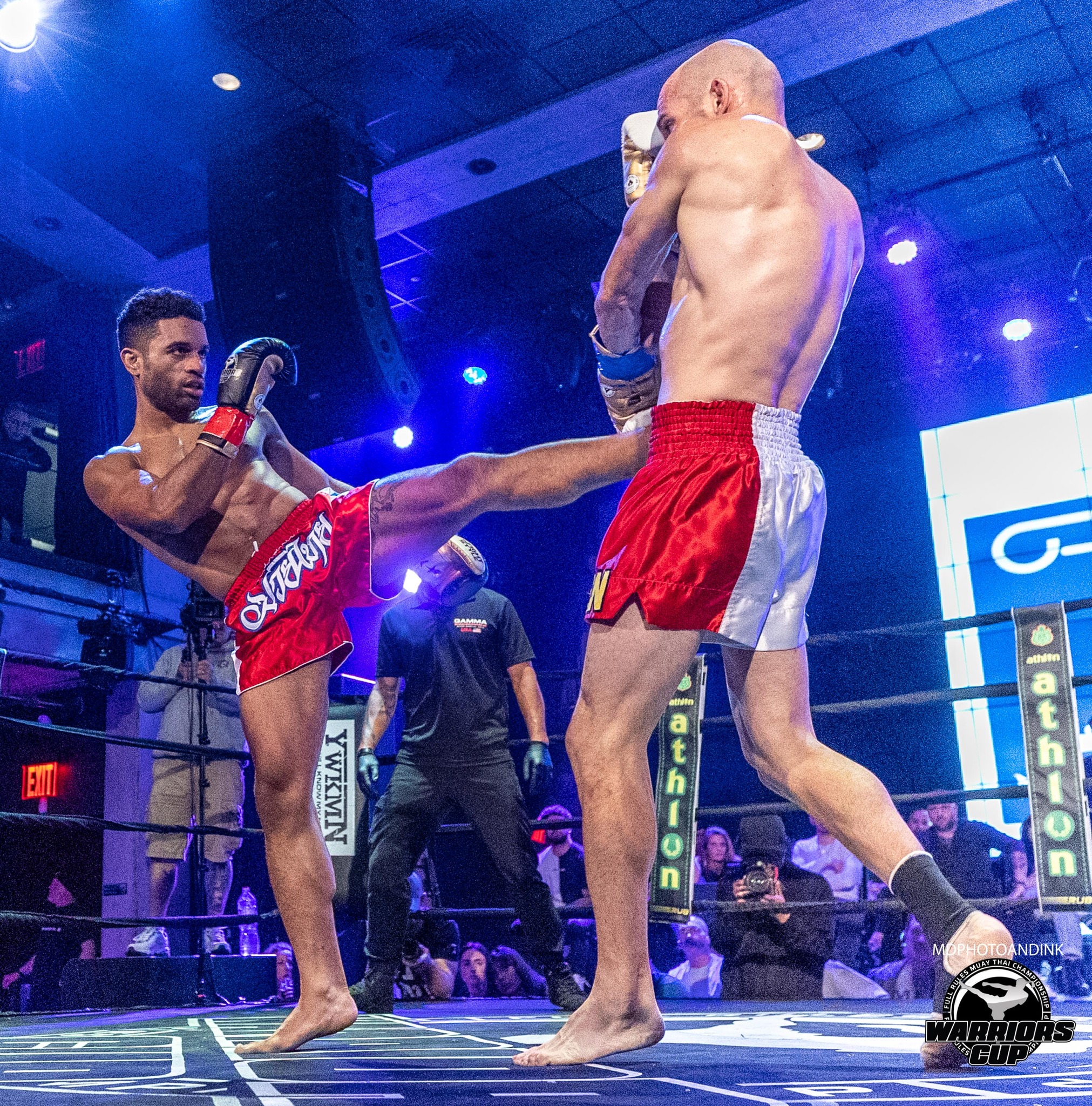 Warriors Cup, put on by Three Pillars Promotion team, is a long standing show with credible fights. The show began in 2006 with humble beginnings. It progressed with regular shows.

In 2011 Tran and company partnered with WBC Muay Thai. The relationship is bearing fruit. The WBC Muay Thai USA is revitalizing under Bryan Dobler and Patrick Rivera.

“The WBC Muay Thai USA wants the same thing that we want,” Tran said. “To elevate the fighters in the United States to the top tier.” 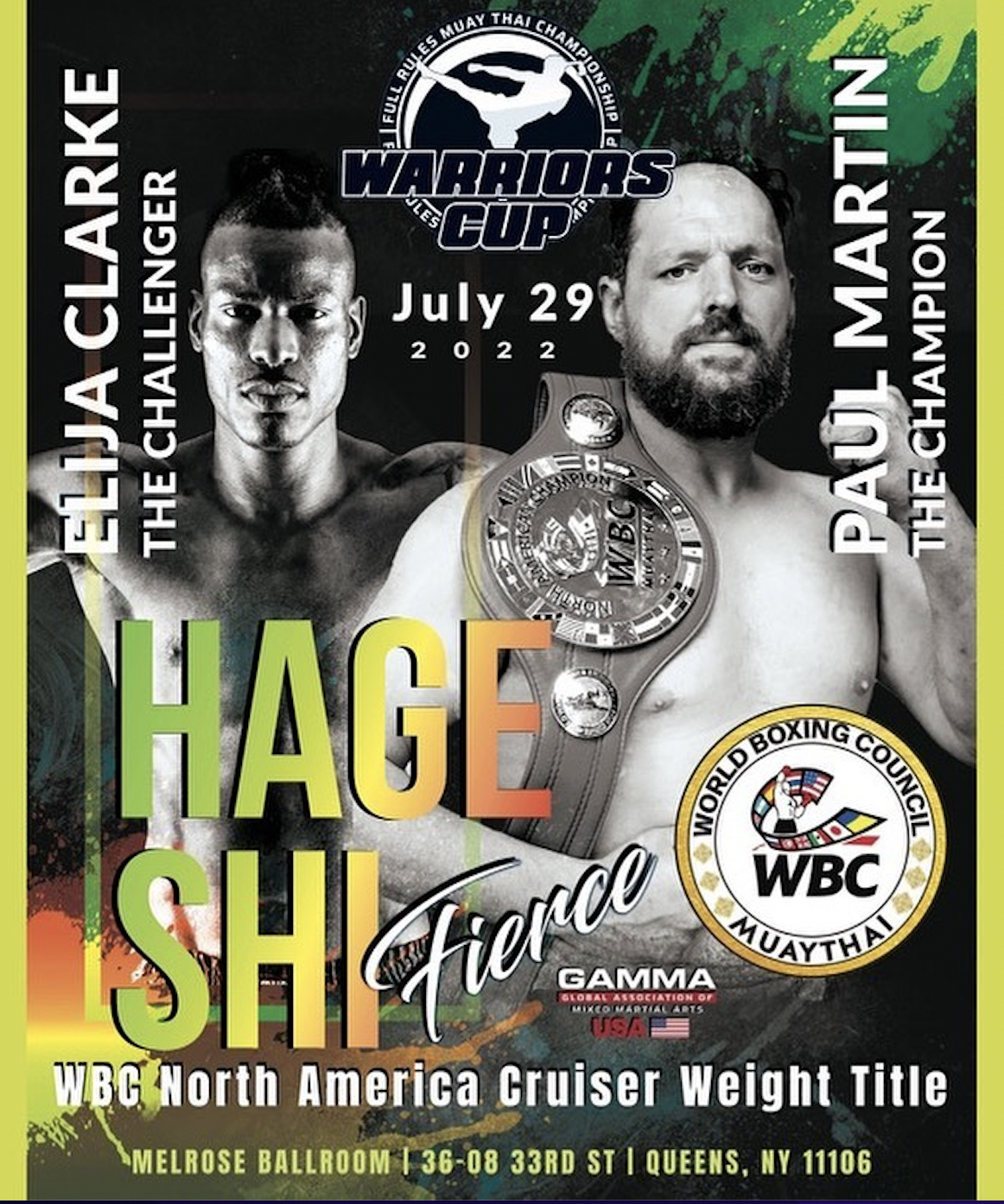 There will be two WBC title fights. In the main event Paul Martin, a WBC North American Cruiserweight will defend his title against Elijah Clarke. Martin picked up his belt after beating Brett Hlavacek on the show. Martin defends his belt against Clarke.

“With the Paul Martin fight, it’s important people to know that titles need to be defended,” chairman of WBC Muay Thai, Bryan Dobler said. “If you win the belt, you have defend it within 6 months.”

Also on the card is the WBC Muaythai US Amateur Super Flyweight Title at 115lbs. Susan Wallace of Steel MMA takes on Amy Duke of The Wat NYC/Sitan Gym NY.

Both women are familiar with the limelight and the challenge. Wallace and Duke both fought at Warriors Cup in the past. Wallace’s credentials are sound. She’s fought Muay Thai bouts across the nation. Duke recently competed in the USMF World Game Qualifiers.

“Whoever wins the title will be the first national WBC Muay Thai Amateur title. The winner will defend it. There are a lot of fighters in that weight category. So, this is the start of a very competitive weight class. It’s gonna kick things off,” Dobler said. 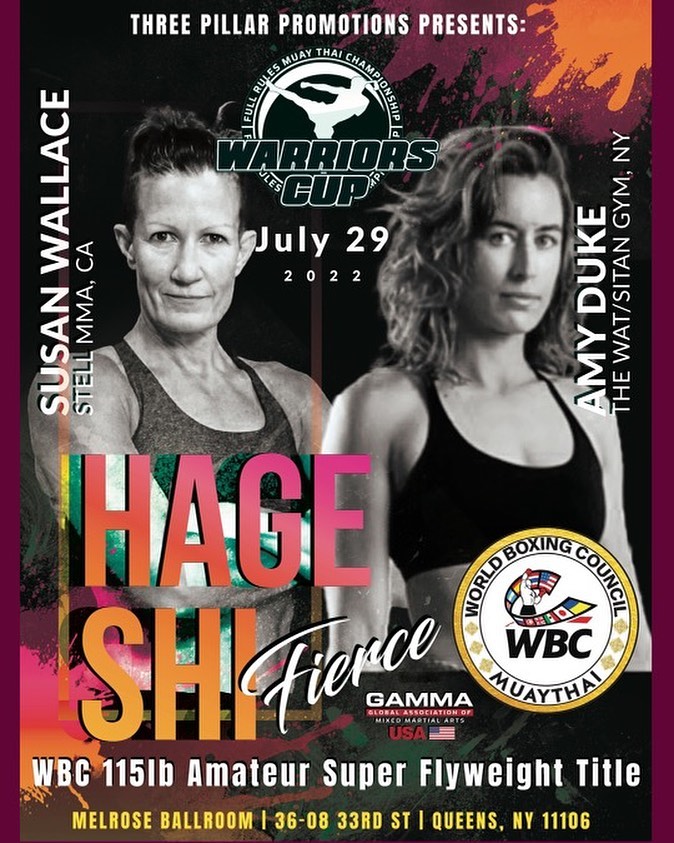 “We’re not giving out belts. I wanted to make sure that the fighters we’re giving titles to are deserving,” Tran said.

Last year Tran partnered with James Guccione and Edwin Marini to push the show to new levels. The partners have secured a long standing relationship with Melrose Ballroom in New York. The venue hosts built in bars and a capacity of over 1,000 people. 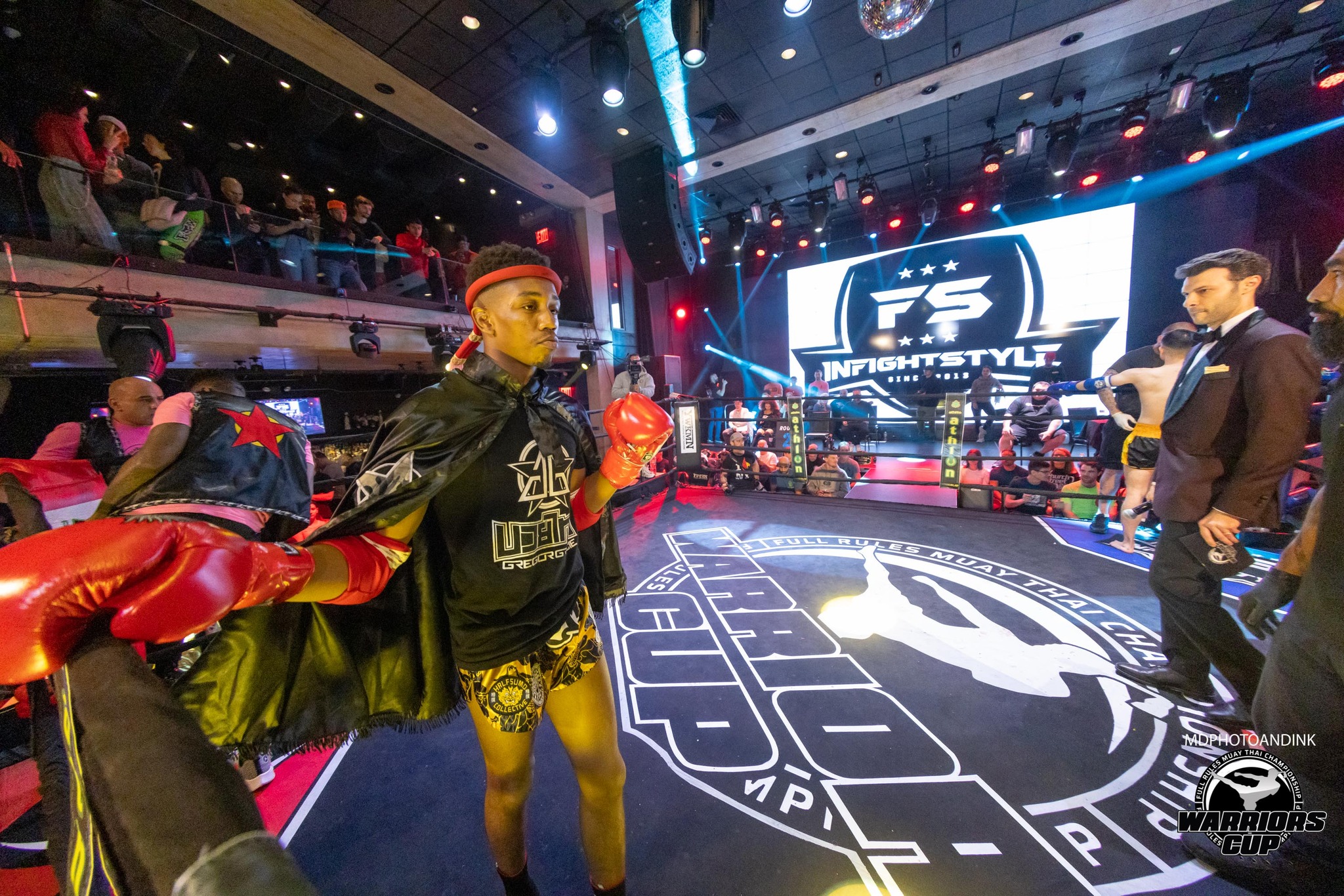 “We love the aesthetics of the venue,” Tran said. “It’s intimate but also grand looking, fight wise. It has great views from the balcony above. It is also close knit with no bad seating.”

The seats regularly sell out.

With the fight card almost halfway done, Warrior’s Cup is expecting to be out of tickets fast! Make sure to get your today.

Get your tickets here.